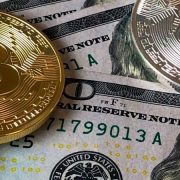 Bitcoin. NFTs. Blockchain. There’s a new vocabulary taking center stage recently, all revolving around a new digital currency system called cryptocurrency. Barely a decade old, this decentralized digital currency has moved from dark web discussion threads to mainstream conversations. It has the full attention of institutions and investors alike, making this the right time to get up to speed on what all the commotion is about.

THE BIRTH OF DIGITAL CURRENCIES
The idea was to devise a system that would allow individuals to hold, send, and receive value-holding items without a trusted intermediary such as a bank or payment processor in the middle. The concept came to life thirteen years ago when a cryptography-based system called blockchain was developed that enabled the creation of digital or virtual currencies secured by encryption techniques that control the creation of monetary units and verify the transfer of funds. Bitcoin was the first digital currency, or medium of exchange, that now makes up the broader cryptocurrency universe. A Bitcoin has no physical presence. It is a string of numbers and letters called a hash that indicates the value you now hold, recorded on a global network of computers called a blockchain.

The cryptography-based blockchain network, which is a distributed ledger (think of it as a massive spreadsheet), is the backbone of digital currencies. It enables the recording of information using a chain of complex, decentralized data blocks, that makes it difficult or nearly impossible to change, hack, or cheat, while still being accessible worldwide to anyone. The ledger is not controlled by any singular institution or government entity, offering ownership guarantees that previously didn’t exist in the digital world.

Bitcoin is the first and largest cryptocurrency, although thousands of different cryptocurrencies have since been created. The value of all available bitcoins is roughly $750 billion while the global crypto market cap is just under $2 trillion. As a market leader, Bitcoin is often used as a benchmark when evaluating the impact of all cryptocurrencies. 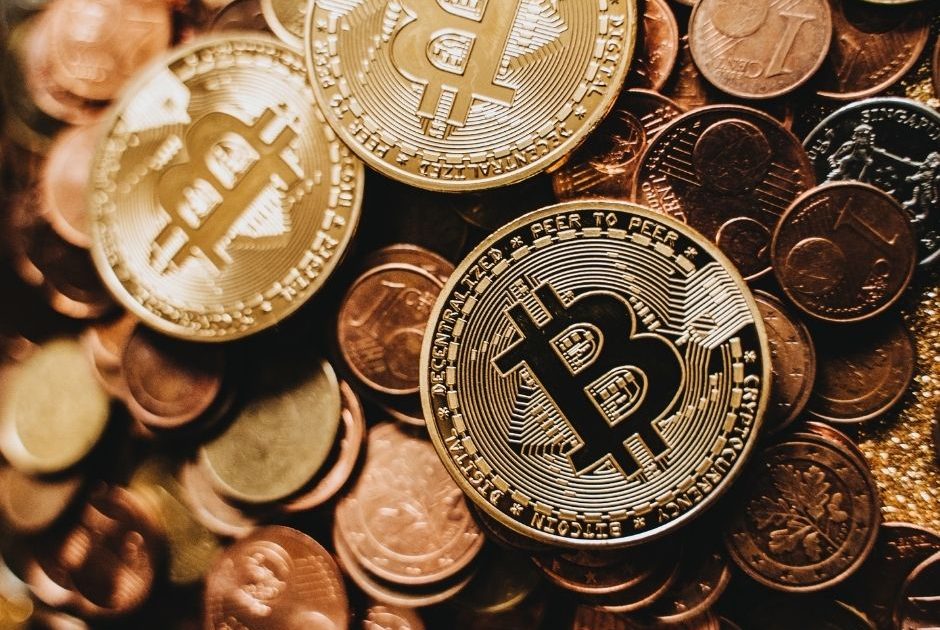 SHOULD BITCOIN BE CONSIDERED A CURRENCY?
One of the key components of a currency is that it serves as a store of value, essentially making it an asset or commodity that can be saved, retrieved, and exchanged in the future without deteriorating in value. Bitcoin can certainly be saved and retrieved but even its biggest advocates are not confident in its ability to be exchanged in the future without risk of its value deteriorating significantly. History has demonstrated this volatility.

In November 2021 Bitcoin reached an all-time high above $67,000. Less than 3 months later, its value plummeted to $35,000, a decline of nearly 50%. This significant volatility wasn’t a one-time occurrence. Bitcoin has experienced at least six different drawdowns of more than 70% since its inception in 2009. Can you imagine being paid by your employer in November and three months later the compensation you received only allowing you to buy half of the goods it could three months prior?

By contrast, the U.S. dollar has tremendous credibility globally as a trusted currency for commerce because the value of what it can purchase on any given day changes very little over time, even in other countries.

Beyond its volatility, it’s important to realize as well that any expenditure or sale of Bitcoin or any cryptocurrency holdings triggers a tax bill. The IRS considers cryptocurrency to be property for tax purposes, which means your virtual currency is subject to capital gains taxes in the same way as any other assets you own, like stocks or gold. So, if Bitcoin holders were to purchase groceries or new clothes with their holdings, not only would they pay sales tax, but they’d also be subject to capital gains tax on the Bitcoin used for their consumption.

WHY IS THERE SO MUCH INTEREST IN CRYPTOCURRENCIES?
For much of the past decade, Bitcoin garnered great interest due in large part to a belief that it could eventually replace traditional currencies. One of its strongest attributes is that the number of available bitcoins is fixed at 21 million digital coins. This hard cap was designed into the algorithm in its source code by Bitcoin creator Satoshi Nakamoto in order to ensure Bitcoins became a scarce commodity, with the hope that this will increase their value in the future. All cryptocurrencies have similar hard caps. Unlike a traditional currency where a government can simply decide to print more dollars and put them into circulation, the total number of Bitcoins cannot be manipulated by any individual, business, or government. The vast majority of even the most ardent crypto fans now agree that replacing traditional currency is unlikely due to the fixed limits and the volatility they represent.

Another great interest driver in Bitcoin is a desire to invest in the future impact of blockchain technology. By owning Bitcoin or other cryptocurrencies, the belief is you can gain exposure to an emerging technology that could change the way the world transfers money. But this thesis is wobbly at best given that blockchain technology has many more use cases than just currency. It can also be used to record emails, contracts, land titles, bond trades, or any type of contract between two parties, which opens up the possibility of peer-to-peer financial products, such as loans or decentralized savings and checking accounts. Even with all this versatility though, this new technology is still far behind existing payment processing systems that are globally used. Keep in mind that the number of payments cryptocurrencies can process per second is less than 1% compared to that of Mastercard or Visa.

Finally, some investors view Bitcoin and other cryptocurrencies as a commodity, or sort of “digital gold” that can be useful as a hedge against inflation or doomsday scenarios. Keep in mind though that although crypto does have some similarities to commodities, in the sense that its value is determined by supply and demand in the marketplace, it is limited by its strictly digital nature. Gold, for example, is a physical raw material that has many use cases from a societal standpoint. 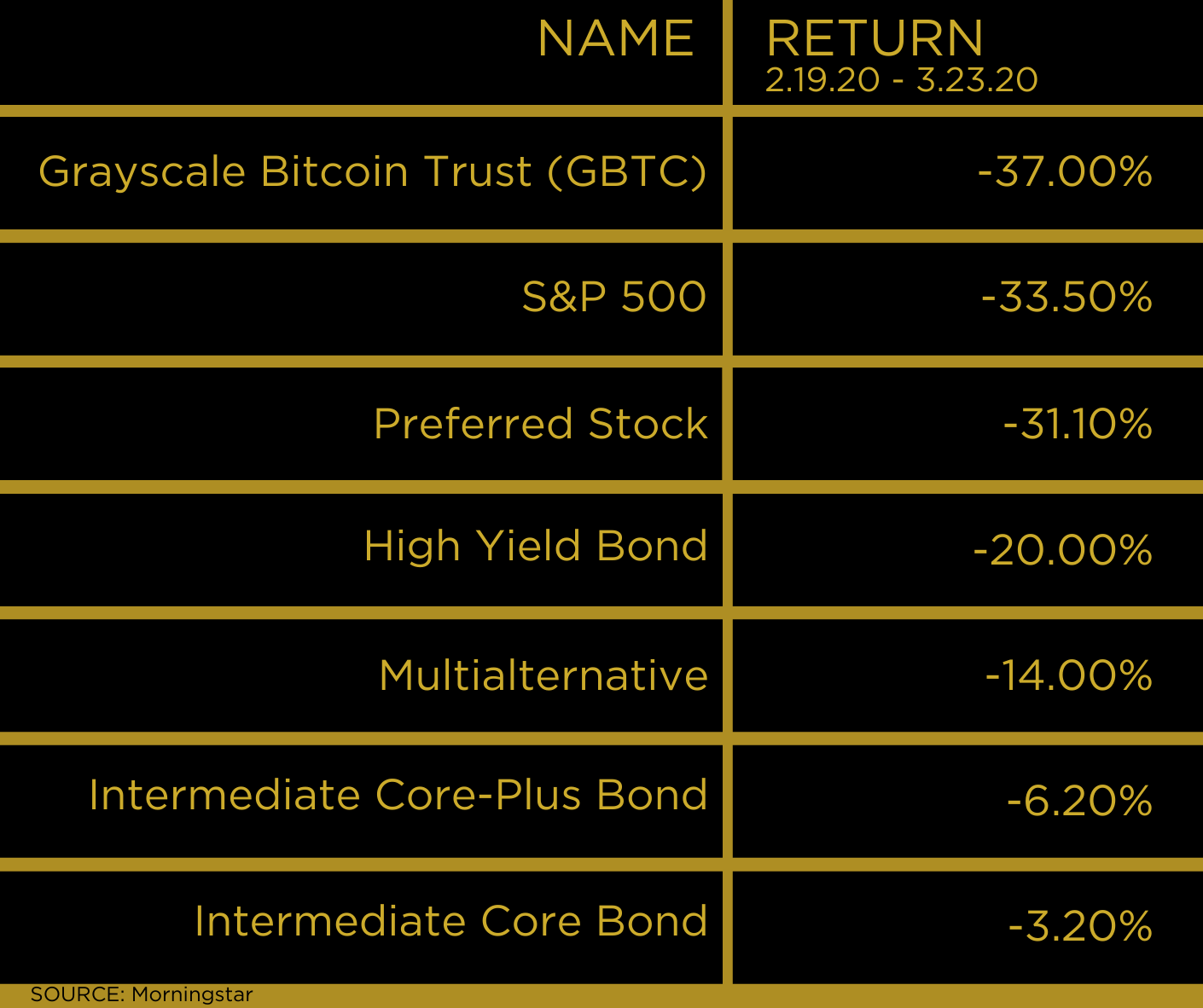 The challenge for investors is how Bitcoin’s low correlation didn’t perk up when they needed it most. In early 2020, the S&P 500 fell by 33% during the onset of the global pandemic. During that same timeframe, Bitcoin fell 37%. Meanwhile, intermediate core bonds lost only 3%, outperforming stocks and Bitcoin by 30%, and reminding investors why bonds have proven to be a great time-tested diversifier of equity risk.

In their whitepaper, Hougan and Lawant illustrate that despite its extreme volatility, a small allocation to Bitcoin would have enhanced the absolute and risk-adjusted returns of a traditional portfolio of 60% equities and 40% bonds since its inception. But investors should note that portfolio benefit is due to Bitcoin’s meteoric rise from a value of $0.05 in 2010 to above $35,000 in just over ten years. Over the past 11 years, Bitcoin has seen a 100%+ return in six of those years. Should investors feel safe to assume similar types of returns moving forward, especially for an asset that unlike a stock or real estate is incapable of generating cash flows? It feels like a dangerous assumption. At the same time, given it remains in the early stages of this technology, Bitcoin’s extreme price volatility is likely to persist in the future.

IF YOU CHOOSE TO OWN CRYPTOCURRENCY, RIGHT-SIZE YOUR BET
Given the infancy of the cryptocurrency sector and its inherent volatility, investors would be well served to view Bitcoin and its crypto peers within the framework of a highly speculative investment and invest accordingly. The market cap of the global stock and bond markets is over $200 trillion. The value of all cryptocurrencies is just under $2 trillion. From an asset allocation perspective, investors who desire to own crypto should consider a portfolio allocation of 1% or less ($2 trillion divided by $200+ trillion).

Before making any investment decision, investors should consider the inherent risks. Don’t ignore the volatility of Bitcoin and your ability to stay invested during its wild market swings. It’s lost nearly half of its value since November and lost 70% of its value six times in its 13-year history. If you can’t stay invested during these deep drawdowns, the potential returns won’t matter.

Beyond its volatility, the risks to owning Bitcoin include the market share impact of other cryptocurrencies, governmental regulation, outright bans of cryptocurrency by countries such as China, the introduction of digital currencies by sovereign nations, new technology, and innovation, to name a few.

Bitcoin’s performance over the past decade has been a homerun for its investors, but its future is unclear. Just because Bitcoin was the first cryptocurrency doesn’t mean it’s the best or the last. It lacks the historical track record of traditional assets such as stocks, bonds, gold, or art. As such, there is a chance that Bitcoin becomes worthless in much the same way flashy internet stocks such as Pets.com did during the bursting of the tech bubble two decades ago.

Most importantly, any potential investment should be considered in the context of your long-term financial plan and your tolerance for risk. If you have a well-crafted financial plan, it’s unlikely that you need a miracle homerun to make your plan succeed and achieve the financial goals you desire… but a strikeout could be quite costly. Given this backdrop, sticking to your current long-term financial plan avoids the inherent risks and volatility of the current crypto investment world. Sitting on the cryptocurrency sidelines and allowing others to take swings in their portfolio seems like a prudent decision. 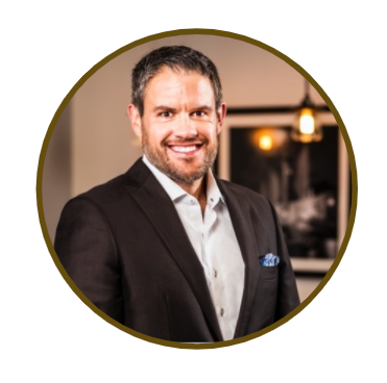 by JOHN FISCHER, CFA®, CFP®
John is the Chief Investment Officer (CIO) at Mosaic Family Wealth. He leads the firm’s Investment Committee which shapes the firm’s investment philosophy and strategy for client portfolios. He also serves on Mosaic’s Leadership Team. A 20-year industry veteran, John is most passionate about helping people understand how emotions relating to investments can be more important than the investments themselves in achieving financial goals.